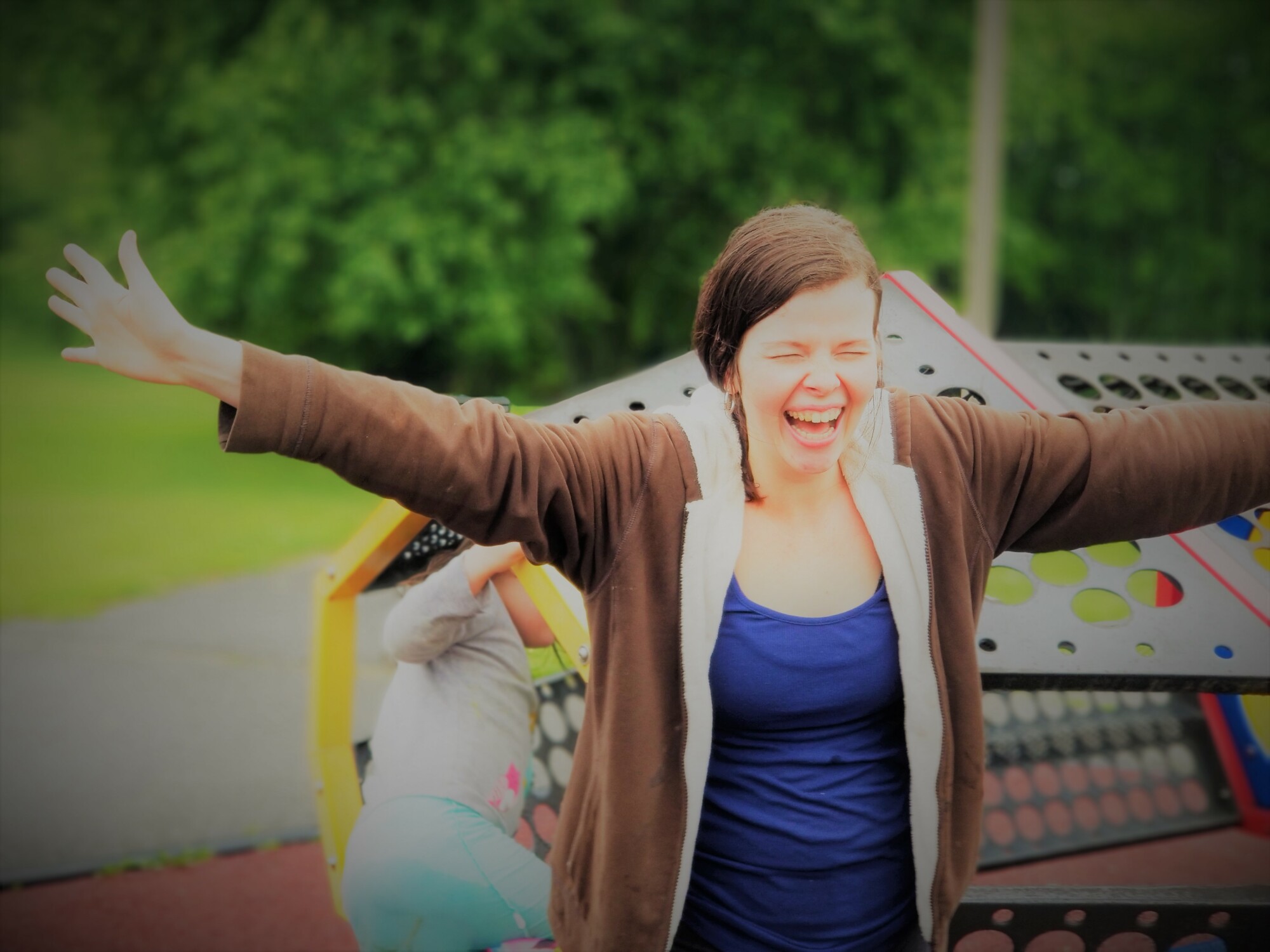 Alright, I’m putting myself out there.  This is not a very flattering image of me, but I love it anyway because it was one of those moments.  The type of moment where you are just lost in pure bliss and fun, without regard of anyone around you thinking you’ve lost your mind.  Yeah, I just teeter-tottered with my 12 year old niece and my youngest two children in the middle, yes, my hair is a frizzy mess from ridiculous New Jersey humidity levels, and yep, I don’t care!  Y’all, it’s time to break free!
Do you remember when…
Can you remember the last time you played outside with your kids in the rain, or let them splash in a muddy puddle at the park and get absolutely filthy while everyone just stared at you in horror for “breaking the social norms”?  Maybe you’ve never stopped to take a photo of a gorgeous sunset in the middle of nowhere with cars zooming by, or chatted up the homeless person begging on the corner?  When’s the last time you went down the tunnel slide at the local park, unsure of whether you’d fit or need the Jaws of Life to rescue you?  Actually, let’s get real basic for a sec, when is the last time you laughed so hard your belly hurt about something absolutely nonsensical out in public?  Who decides what the limits are, declares what is socially acceptable or defines normalcy in your life?

Time of your life

Listen, I spent years being shy, wondering what she thought. fretting over what he said, worrying about what they were doing.  Why did I care to impress these people that I didn’t know, or people that I knew but would soon lose touch with as I grew up (and out)?  Let me tell you, those were some of the least memorable times of my life, friends.  What were some of the most memorable you ask?  The times when I let go, when I spread my wings, those moments when I let my "freak flag fly" so to speak, were, hands down, the best times of my life.  When you are so caught up in what others are thinking of you, you can’t be fully in the moment, and likewise, when you’re so caught up in the moment, you won’t care what others think.  Those who matter won’t mind, and those who mind won't matter =)

The reckless beauty of a child

Want to learn how to let go, be free and have some fun?  Watch children.  Children do not care.  Literally.  They do what they do and they do it both recklessly and beautifully.  I often wonder if we, as adults, didn’t impose our sheltered and often arbitrary social cues on our children’s innocent actions and words, if they would still grow up to be “old stiffies” like us, or perhaps they’d be a little more carefree and far more relaxed, leading way to not only a less stressful existence, but also a mind that could truly think outside of the box.  Listen, I’m a time and place type of gal, OK?  I’m not saying let our kids hang from the chandeliers in church, or join them in TPing the neighbors house, but to use discernment and common sense, and just take pause for a moment before we are so quick to correct our children for things that are truly not breaking any rules or harming anyone.  What’s so bad about playing in the dirt, sometimes?  Sure, I hate laundry as much as the next mom, but if my kids want to get filthy once in awhile and have a grand ol’ time doing it, I’ll toss them my best towels, take a few Instagram worthy photos, and perhaps even throw on a pair of boots and join them.  No matter what side of the fence we are on when it comes to strictness, I think that we could all use a little more yes and a little less no when it comes to having fun.

We were recently at a local park the day after it rained, most of the equipment was dry but the adjacent baseball area was all muddy.  After a good vigorous play, I thought my children had finally had enough, when they suddenly took off sprinting for the largest mud puddle they could set their sights on.  I immediately went to my most serious mom voice and declared a loud, resounding and somewhat slow-mo “Noooo!”, as they hit the puddle running at full speed… thinking they must not have heard me (or, likely, were just ignoring me) I was about to come up with some sort of threat to stop them (imagining their clothes, and my SUV filled with mud in the near future) when an older gentleman having a family gathering nearby stepped close to the fence and said, with a belly laugh, “That’s about the best thing I’ve seen all week right there!”, So, I stopped for a minute and thought about what he said.  I also thought that perhaps some of the other families at the park were silently judging my parenting choices… and ya know what?  I had to agree with the older gentleman by the fence on this one.  The joy on their faces over splashing in these silly mud puddles with their “good clothes” on was simply priceless.  I don’t know about you, but Walmart clothes are cheap, laundry soap is good, and God is great, so… What are you waiting for?  Go get dirty.  Make some memories.  Toss your cares to the wind (or mud) and just Break Free.
What do you think, friends?  Have you ever just let go and had pure carefree fun?  Tell me about it in the comments!
Following your Dreams
Find Your Why
Cinnamon Rolls Recipe 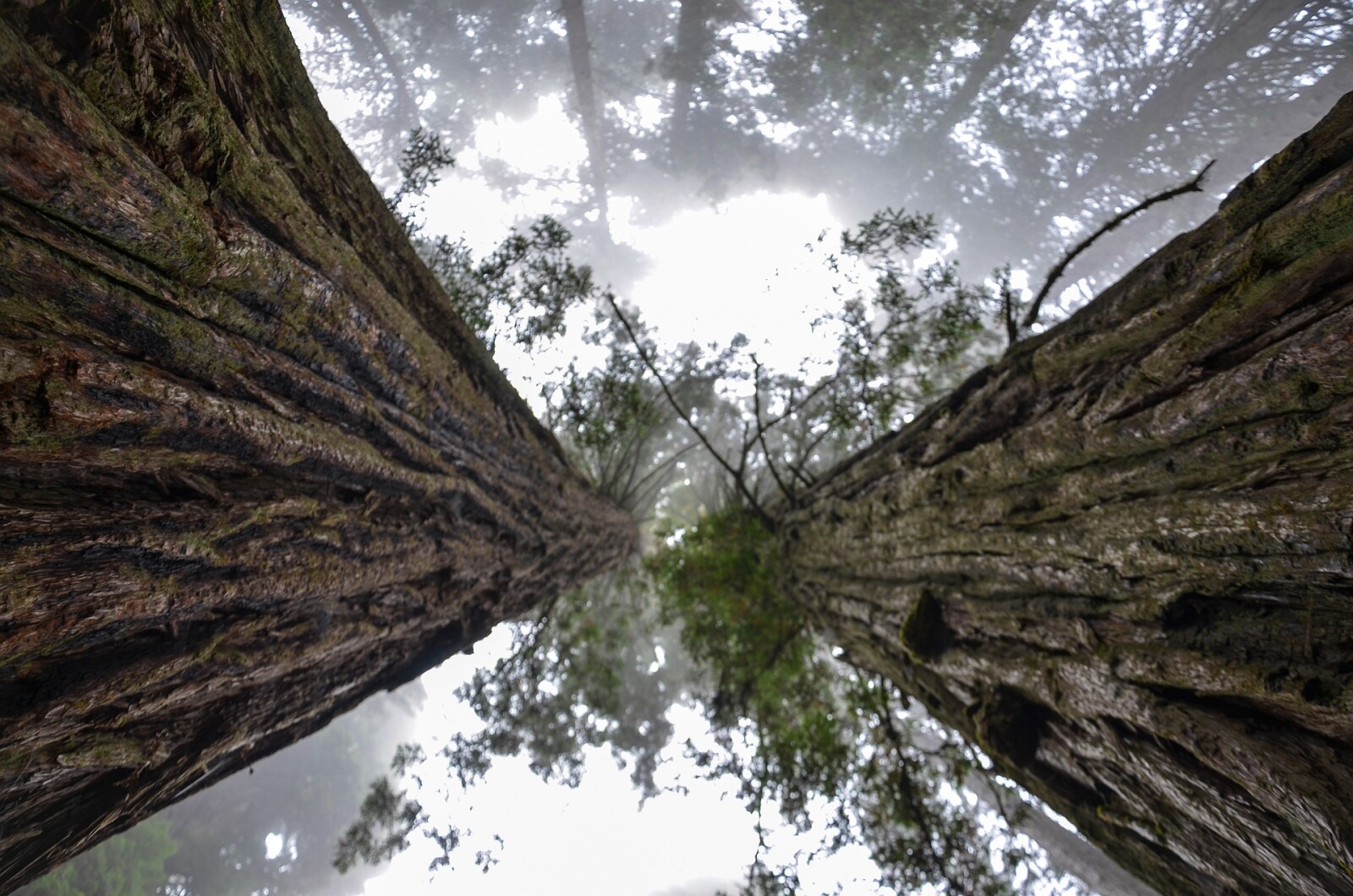 Turning Dreams into Reality
Holidays - love ‘em or hate ‘em - they’re coming!
Gordita Shells Recipe
Combating Grumbling
Cinnamon Rolls Recipe
Following your Dreams
Yes, my living room is a playground, and No, I won't apologize for it
God's Timing
Find Time to do Anything
Is it Possible to Live Humble AND Dream Big?

For years I stumbled around blindly, just doing whatever the crowd was doing,  Going with the flow, following the current and checking off the boxes.  I sort of felt like a robot, but then again - robots don’t know any better, cause they’re robots right?  Eventually, that little nagging feeling pulled on me enough to cause me to start digging, and asking questions.  I found out that the rabbit hole went a lot deeper than I’d thought - or hoped - and that was just the beginning.
There is so much conflicting info out there.  There are a thousand paths to follow, everyone has their own opinions, beliefs & upbringing... Usually pretty strong feelings are attached to those…  How can we know what is right?  What is safe?  If we weren’t brought up to check labels, cook from scratch and support our bodies before trouble strikes - how do we find our way in the ever growing sea of info out there?

How can we support our immune systems?  Recover quickly when sickness does strike?  Deal with the pressures of life without breaking or constantly putting pharmaceuticals in our bodies?  What about food, what do these confusing labels mean?  How can we clean our homes without poisoning our families?  How do we afford to stay home and homeschool our multi-aged children while juggling everything else that life throws our way?  Is there any relief on the horizon?  Can I just get a break!?

I struggled for over a decade wondering if I was doing the right things, wondering how to do the right things.  Endless hours spent researching, asking questions and begging God for an answer.  Why was it so difficult to just function?  I prayed for an older woman - a "crunchy" Titus 2 woman - to come into my life and ease my mind.  To train me, to teach me how to love my husband and children, to nurture and care for their minds, hearts & bodies.  To show me how to fulfill my role as a mom, housewife and gatekeeper of my home.  I had glimpses of this here and there, and I cherished every ounce of wisdom I gleaned.  But… a lot of it I had to learn the hard way, on my own.
Friend, fellow mama, I want to be that lighthouse for you.  Let’s be clear - no one is there, ok?  None of us have arrived at Destination Perfection… But, for those of us who have stepped in some land mines along the way, figured out how to navigate around them and came out kicking on the other side - we know there is hope… And, want to share that hope with you.  Give you a leg up, a fighting chance, a shoulder to lean on and a life raft for the inevitable.  Cause, them storms do blow!
2 Corinthians 1-3 says “Praise be to the God and Father of our Lord Jesus Christ, the Father of compassion and the God of all comfort, who comforts us in all our troubles, so that we can comfort those in any trouble with the comfort we ourselves receive from God.”
We can lift one another up, be our “sisters keeper”, a helping hand and a beacon of hope on this journey called life.  Join our community of moms just trying to survive, sharing the knowledge that we have and empowering others to do the same.  You are seen, you are heard and you are loved.  Knowledge is power. 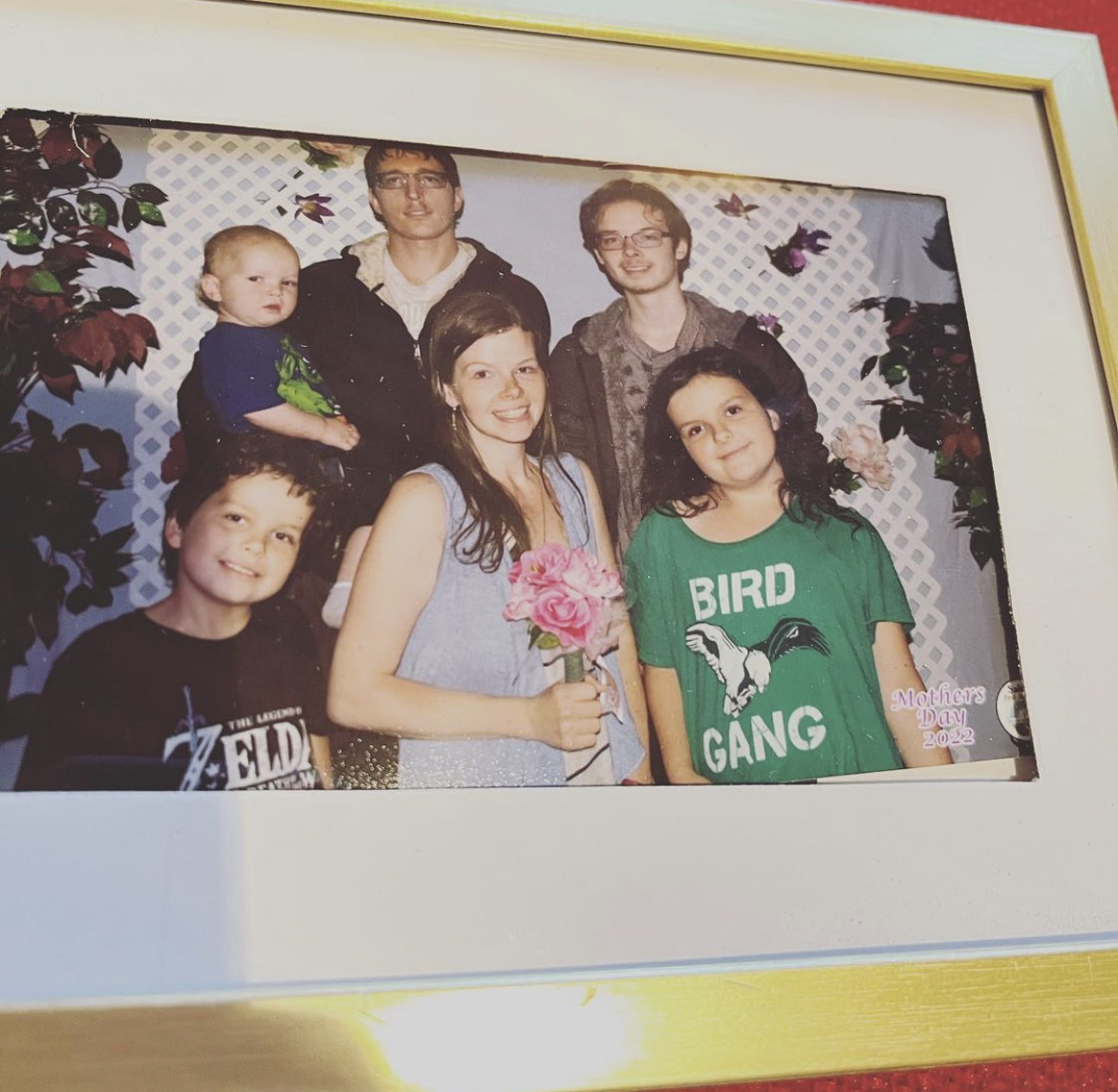